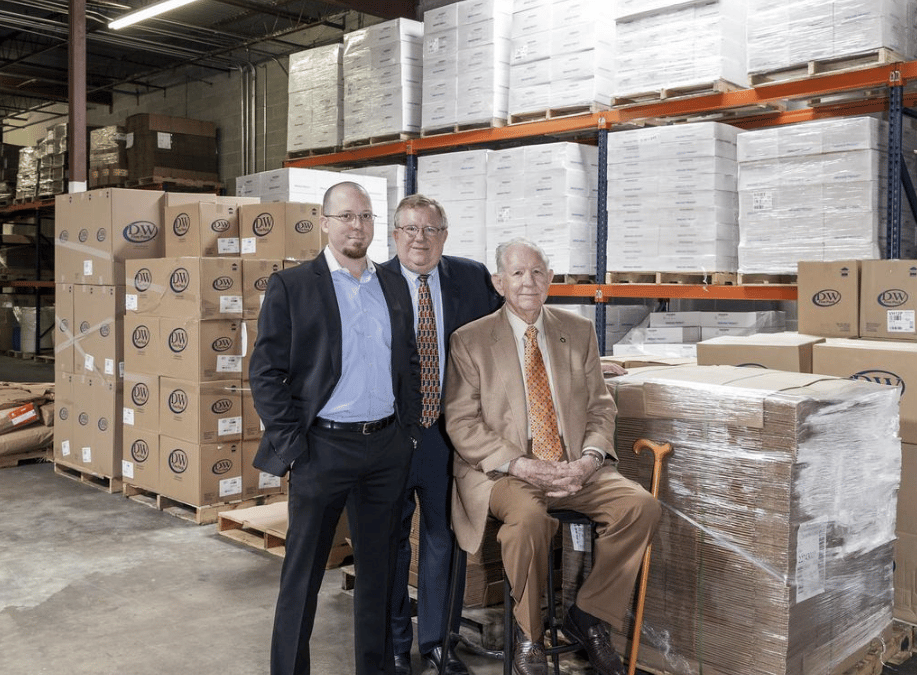 The way Ron Woodall sees it, there can never be too many cooks in the kitchen.

Since starting Ron’s Home Style Foods Inc. in 1985, Woodall has been followed into the business by his son, his grandson, and two sons-in-law — and he wouldn’t have it any other way.

That’s because while typical family gatherings can often be rife with stress and conflict in many settings, that’s not the case around the meeting table at Ron’s. In fact, Woodall sees these gatherings as a breeding ground for good ideas.

“I’m always open to new ideas,” said Woodall, 85. “There are a lot of younger ideas that have been brought into the business, and I welcome that. There are also a lot of older ideas that are still holding on and working well.”

After selling Ron’s Krispy Fried Chicken in 1983, Woodall saw an opportunity to launch a business that would focus on the commercial sale of fresh salads and sides.

Woodall found it tough to break into the market, largely because Ron’s was focused on a line that included only about six products, compared to national competitors that offered as many as 100 products.

It took about eight years for the company to make a profit, but Woodall never considered calling it quits.

“I never gave it a thought,” he said. “I knew we had the right product and packaging, and sooner or later, the public would catch on to the quality.”

Thanks in part to major distribution agreements with powerhouses Fort Worth, Texas-based Ben E. Keith Co., and Houston-based Jake’s Finer Foods and Sysco Corp. (NYSE: SYY), the grocery store and restaurant industry eventually embraced the company’s products, which are sold under Ron’s Home Style Foods brand as well as the Texas Kitchen Salads brand. Some of the company’s products are packaged under clients’ brands, as well.

Most of the products are made by hand in the company’s 5,000-square-foot manufacturing plant, which still operates from its original building about a mile from the company’s headquarters, and turned out 7 million pounds of side dishes and desserts last year, compared to about 1,000 to 2,000 pounds per week during the first year in business.

Woodall credits a big part of that growth to the introduction of new products and the implementation of new procedures on the company side.

One such change was suggested by Woodall’s grandson, Brandon, soon after he joined the company 12 years ago. Brandon noticed that while the company’s manufacturing plant was being inspected by the state, there weren’t any federal inspections, which prevented Ron’s Home Style Foods from shipping its products across state lines.

Brandon spearheaded an effort to gain federal inspection, which involved remodeling the plant and making other changes.

As a result, Ron’s Home Style Foods — which was certified as a Minority Business Enterprise four years ago based on the owners’ Native American status — is now sold in six states.

He also suggested adding new types of products, such as Greek pasta salad, salad bases, and dressings, that were reflective of consumers’ changing tastes. The company also implements product ideas that come directly from customers.

“Different generations have different tastes for products, and we are not afraid to move outside our box for that,” Brandon said.

And although Brandon, and his father, Steve, said the family patriarch often says yes to their ideas, he’s not afraid to say no.

One such case came a couple of years ago when some of the executives suggested relocating the production facility.

“He certainly says no from time to time, and this turned out to be the right decision at that time,” Brandon said.

Still going strong, the updated production facility typically turns out anywhere from five to 20 different products per day, five days per week, based on customer orders.

Steve said one of the primary factors in maintaining the quality and consistency of the company’s products is that they are made by hand and then mixed and packaged into containers by hand, bypassing a typical piping system that can compromise quality. In addition, he said, the potatoes are cooked in open pots, rather than kettles.

“The idea is that the process is done as it would be in a restaurant,” he said. “So many others process their food through machines and equipment, and that’s a big part of what makes us different.”

No comments to show.