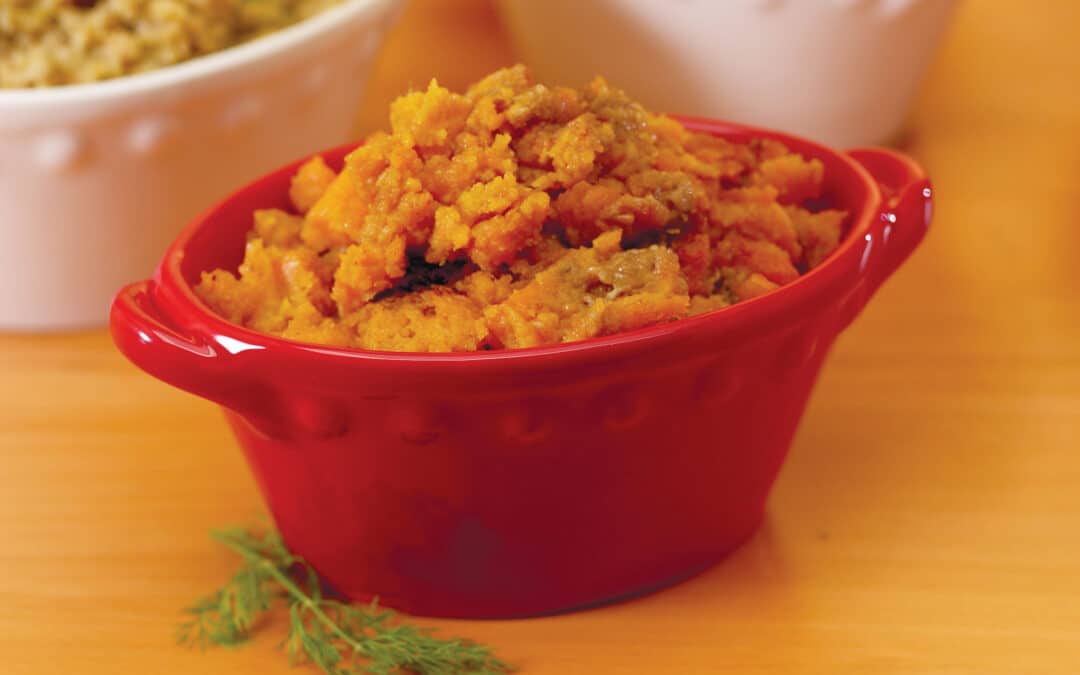 Local food retailer Ron’s Home Style Foods, known best for their deli salads and desserts, recently announced that they are expanding their product offerings to include a variety of frozen sides and entrees. The five new selections are available for consumers to purchase at local retailers and for businesses to purchase wholesale.

The new selections include Baked Potato Casserole; Broccoli, Rice, and Cheese Casserole; Dutch Crust Sweet Potato Casserole; Cornbread Dressing; and Macaroni and Cheese. Each side comes in a two-pound package for retail; they come 8 to a case in shelf-ready packaging. Five-pound selections are available for food service; they come four to a case in an aluminum pan with black printed logo and ingredient data on the top white cardboard cover.

Ron’s Home Style Foods was founded in 1985, and the brand has since made a name for itself in the wholesale food business. The family-owned operation is best known for its deli salads and desserts, but Vice President Brandon Woodall is excited about expanding into the frozen foods market. About the news, Woodall said, “We are so excited to bring delicious and easy frozen foods to local retailers and businesses. We’re a smaller operation with only about 55 different products, and that allows us to offer our consumers the highest-quality recipes and ingredients available.”

About Ron’s Foods
Ron’s Foods was founded by local entrepreneur and restaurant owner Ron Woodall in 1985 after he became discouraged with the side options for sale commercially while running his restaurant, Ron’s Krispy Chicken. During the company’s launch, Ron’s Home Style Foods offered only six products. Thanks to loyal customers and a reputation for quality, today they offer more than 50. From salads, like the classic potato salad and coleslaw, to desserts like chocolate chip mousse and pistachio cream, Ron’s Foods has mastered the art of fresh, delicious deli sides. Today, consumers can find Ron’s Home Style Foods at local retailers across the southern United States with more options than ever before. Ron’s Home Style Foods also offers co-packing and private labeling services to businesses.

No comments to show.